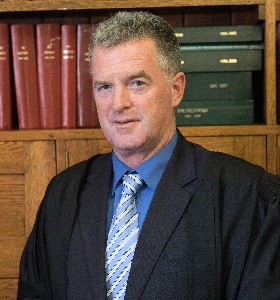 I watch the world events every day, picking up news from various sources, mainly online but also through print media as I think it is important to know what is going on and to learn from others.

The words of Robert Frost ring so true in all of these observations – that our world seems to be run by those who say a lot and is observed by those who don’t say much. At the Form IV Camp once again I watched groups trying to succeed in tasks they were given – tasks that required teamwork and cooperation. These groups usually had someone who said a lot and was giving directions as loudly and forcefully as possible. Sometimes he got it right but most times it was only when someone quiet who had reflected on what was needed had a chance to speak that the group experienced success. I pointed this out to them – that we have different people in our world based on so many kinds of difference, to most obvious being gender, race, age and so on. But we also have difference in terms of character with introverts, extroverts, charismatic leaders and quiet reflectors.

The point I am trying to share today is that we often talk of our difference as a strength but we generally are referring to the differences I mentioned such as gender and race. I want you to acknowledge other kinds of difference and to recognize the value in that difference too. Today I acknowledge the quiet person, the one who doesn’t speak up first but who thinks.

You may think this strange coming from me because my job requires me to speak a lot – in meetings, in assemblies and in general company and I have to be consciously aware of the need to keep quiet and to listen to others.

I mistakenly thought that three weeks ago was the last chance I had to speak to our Form Vs but today actually is and so this is my final of many messages to you – to acknowledge difference and respect and appreciate it – in whatever form it appears. I specifically refer to listening. If you are one who has lots to say, step back sometimes and listen to others. If you are the quiet one, have courage to state your opinion when the opportunity presents itself. And to all of you – realise that sometimes those who say the most have the least to be said – they just say it well or they say it often.

You heard in assembly the other day about Hitler and his leadership philosophy. After all it was him who said “If you tell a big enough lie and tell it frequently enough, it will be believed”. Advertisers and politicians have this in common. They tell you a simple concept and they repeat it again and again. Eventually we believe them. We believe the noise instead of listening to the silence.

I thought of concluding my assembly with two minutes of silence where you sat quietly. At first it would be uncomfortable and you would think I was either ill or emotional or had finally lost my faculties. After the initial discomfort, you would look to each other and smile or shrug your shoulders as if to say he has finally gone mad. And then, after a while more, you would resign yourself to the moment, waiting for it to end. Perhaps somewhere in the midst of all of this you may find peace and a moment to think, a moment to consider who you are, where you are going and what you want to do. Don’t be afraid of silence and don’t feel the need to fill silence with noise.

So – listen to those around you who may just enrich your own life or the situation you are in. We all have a part to play in this life we live – those who love words and those who prefer silence. Accept silence, embrace it and listen to its wisdoms.

Drop us a line Cancel reply