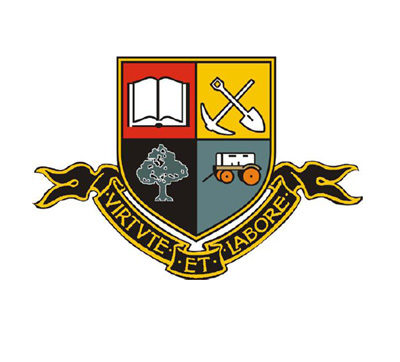 With the first half of the year behind us now, I hope that your son has made the most of his time thus far and that the results of his first full-scale examination of the year have been in line with his ability. The second half of the year awaits him now and I ask that you help him re-evaluate his priorities and set realistic targets and goals for the next six months.

At final assembly this term, I spoke to the boys about intentions and reminded them that it is all very well to have good intentions but those mean little without concrete plans and action. Many of them will have to change the way they study for example if they have not performed at the level of which they are capable. Some may have to change their attitude and behaviour in class and so on. Please use this holiday period to connect with your son and talk through with him what it is that he would like to achieve in the next six months.

For the first time, parents will be able to access their son’s exam marks online if you have registered on the Ed Admin portal as communicated to you in recent weeks. We write exams as late as possible in the term to allow us to not only teach more content prior to the exams but also not to waste the weeks after exams when boys traditionally battle to focus. This means that there is significant pressure on the teachers to mark scripts on time, calculate and enter marks and then provide a meaningful comment on the boy’s progress.

In order to give you feedback as soon as possible, your son’s preliminary exam result will be available to you online. The full report, with comments, will be issued as usual within the first two weeks of the term. We hope this improved system of communication works well and that it gives you an opportunity to discuss your son’s results during the holidays when there is more time for meaningful conversation.

The School Governing Body has appointed a sub-committee that will be tasked with the process of finding the next Headmaster of Boys High. This committee has met a number of times already to plan the required timelines as well as the process. They have met with officials from the Gauteng Department of Education who have assured us of their full support in this process. The Chairman of the SGB will be communicating to the parents in greater detail, keeping you updated as the process unfolds. We are hoping to make the announcement by the end of this year, six months before the actual appointment, which will allow not only a smooth handover to occur but also for the new appointee to give suitable notice at their current place of employment.

The online admissions system has been live for a number of weeks and we have been flooded with applications! Over 1200 people have applied online thus far for the approximately 250 dayboy spaces that are available. This year, the new admissions regulations prioritise those who live closest to the school over all others. This is followed by those who have siblings currently at the school and then those who work in the area.  Thereafter, those who reside within 30km of the school. The GDE has advised that they will send an SMS to the successful applicants on 27 August 2019. The parents would then have until 5 September to accept that place offered. This would be done on the GDE Online system and not at the school.

The GDE is fully aware of the special nature of Boys High and its unique status in the public education system and has been most supportive of us, as the process has unfolded.

The Old Boys Association held their 100th annual dinner on our Founders Weekend that was attended by over 400 Old Boys. It was a wonderful event, well organised and enjoyed by all who were there. The Head Boy, Justin Cross, gave a fine address, as did all the other speakers. One other special moment was the presence at the dinner of five members of the same family! The Drabiles have had four boys at the school with the last being our current Deputy Head, Alvin. The Deputy Head’s father is traditionally invited to the dinner as well and so five Drabiles enjoyed the evening together. History was also made by inviting female members of staff to what has traditionally been a “stag” event and it was wonderful to see staff members who meant so much to our old boys being able to enjoy each other’s company again.

I also attended the Cape Town Old Boys dinner the following week where 75 old boys from a wide range of year groups gathered for an evening of fellowship. I will be attending the Eastern Cape dinner in August. These events around the country, combined with the seven reunion weekends held at the school serve as an important link between the school and the old boys. I urge parents to encourage their children, once they have left school, to attend these functions to catch up with friends, connect with fellow old boys of all ages and hear updates from the school.

The first half of the winter season has passed and we have had a mixed set of results for our teams. I have been generally pleased with the progress made in many areas and thank our coaching staff for the many hours they put in to their boys and their teams. I thank the parents who spend weekends in support of their son, his team and the school and ask that you continue to support the school in a positive and encouraging manner.

Our first “official” soccer season is about to commence after a very successful two-year trial period. Our boys will have no conditions imposed upon them in order for them to play soccer and they will be able to earn school colours for the sport. I am delighted that we have been able to start soccer as a full sport and thank the boys in particular for the manner in which they have approached the game and this trial period. Our staff have been wonderful and I thank them and the parents for their support and encouragement.

The Inter House play festival was a great success and I thank all those who were involved, particularly Mrs Fincham, for their hard work. This festival has certainly risen to new heights and I was delighted to see so many boys trying something new!

The school continues to look superb and I thank our support staff for their efforts in keeping it in the condition it is. We are looking at two main areas in the next few years – water and electricity. We have drilled three new boreholes, two of which yielded a strong supply of water. The boreholes will be tested this holiday not only for consistent supply but also for quality of water. It is our goal to be able to go “off the grid” and rely 100% on borehole water as a reliable source of good quality water. We are also looking at solar energy as an alternative source of power and will keep the community updated on progress.

We congratulated our resident psychologist, Mrs Donne Barnard, on obtaining her Masters in Educational Psychology, as well as Mr. Craig Stephens on obtaining his Honours in Teacher Education and Professional Development with distinction.  We welcomed Ms Yvette Welthagen in the English Department and said goodbye to Ms Olivia Edwards, who was with us in the English Department for the past 6 months.  Ms Suzette van Wyk will be filling her position from next term.  We also said goodbye to Ms Bella Divine and thanked her for standing in for Dr Matthew Lombard, who will join us next term in the music department.

One of the many things that makes us special is the diverse range of activity on offer at the school. Traditional boys’ schools need not only to have an excellent academic ethos and robust sporting activities but the “soul” of the school needs feeding – often through a cultural programme of music, drama and art. Boys’ schools of the past tended to focus on sport, with academic performance a definite second and culture a distant third, if at all!

Boys’ schools these days have realised the value of the cultural side of school life and most have celebrated cultural activities and have made them part of the whole school culture. Many old boys comment to me on what has changed at the school and most comment on this aspect and the fact that cultural achievement is recognised publically and in the awarding of colours.

I will be attending my second International Boys School Coalition conference in Montreal, Canada, this upcoming holiday, The theme of the conference is “Boys and the Arts: Great minds, Big hearts” and will be hosted by Selwyn House School, a school that focusses on the arts within the all-boys educational environment. I am looking forward to the conference and hope to not only compare Boys High’s offerings with international schools but to bring back ideas for our own cultural programme.

I am often asked what the focus of the school is upon and what the school tries to do. Each time I reply that I would like our boys to have tried something new and developed an all-round appreciation of life with its many different facets and pursuits. I want them to be able to do well academically, to play sports as part of their physical development but I also want them to grow their souls through our cultural programme, through an appreciation of music, drama and art and through spiritual development. If your son has not quite embraced this multi-faceted approach to his school, there is ample opportunity for him and I ask you to encourage him to get involved in something new.

I wish you a restful and peaceful holiday with your family. If you are travelling, please be safe and I look forward to the final six months of the year that lies ahead.

Our warm congratulations go to the following boys:

Ice Hockey – Gianmarco La Ruffa has been selected as one of two players to represent South Africa over the holidays at the International Ice Hockey Federation Development Camp in Finland.

Table Tennis – Ahmad Karim reached the final of both the U15 and U18 events at the Junior Open table tennis championships held in May. This event was a qualifier for regional representation and sanctioned by the South African Table Tennis Association.

Baseball – Tristan Visagie was selected to represent Gauteng Province at the National Baseball Championships that took place in Port Elizabeth in March.

Fencing – Two of our boys took part in the Free State National Open Fencing competition.  Jesse Ndjeka received second place in the U20 division and Jason Visser placed third in the U17 division.

Sailing – Christiaan Holm won the South African Sailing National Championships.  He competed in the Open class and he was the only youth skipper to have won this annual regatta in the past 20 years.

Paintball – Liam Hind has been selected for the SANPA U19 National representative team to compete in the United Paintball Federation U19 Paintball World Championships to be held in September this year in Amsterdam.

Congratulations to all these boys for their outstanding achievements.