The Children’s Flight is a major aviation charity initiative, now in its second year,  organised by Felix Gosher but with an important role played by PBHS old boy musician Michael Ferguson.   Because of Michael’s involvement, the Aeronautical Society of PBHS was invited to provide volunteer workers for the day, part of a large group of people known as “Helping Hands”. On Friday 1st September, thirteen members of the Society accompanied by Mr Illsley and Mr Moodley were at Grand Central Airport to help make the day’s activities possible. The initiative is centred on taking 400 disadvantaged children from a variety of schools and homes (including orphanages and schools for the deaf ) on a flight from the airport. The children were also provided with lunch and entertained with various musical items (including Michael Ferguson’s performance of the song “Paper Planes”) and an aerobatic display. The Boys High Aeronautical Society members assisted with moving light aircraft as they were loaded with passengers and with accompanying children to and from the larger passenger airliners. This required them to receive airport apron training some weeks before the event. Later in the day the PBHS boys helped with the serving of lunches. The boys acquitted themselves very well and drew much positive comment from the organizers and from other volunteer workers.  By way of thanking the volunteers before they rendered their service, the Society members were given the opportunity to fly to Grand Central from ORT International Airport on an early morning positioning flight for a Cemair Dash 8 airliner. That in turn meant that the day started at 3am with a 4am departure from the school. It was therefore not surprising that boys and staff were looking a little weary by mid-afternoon!  Apart from their contribution to a major charity event, the boys were given an opportunity to view and handle a wide variety of aircraft types, with the cross section not often seen at one venue in South Africa. 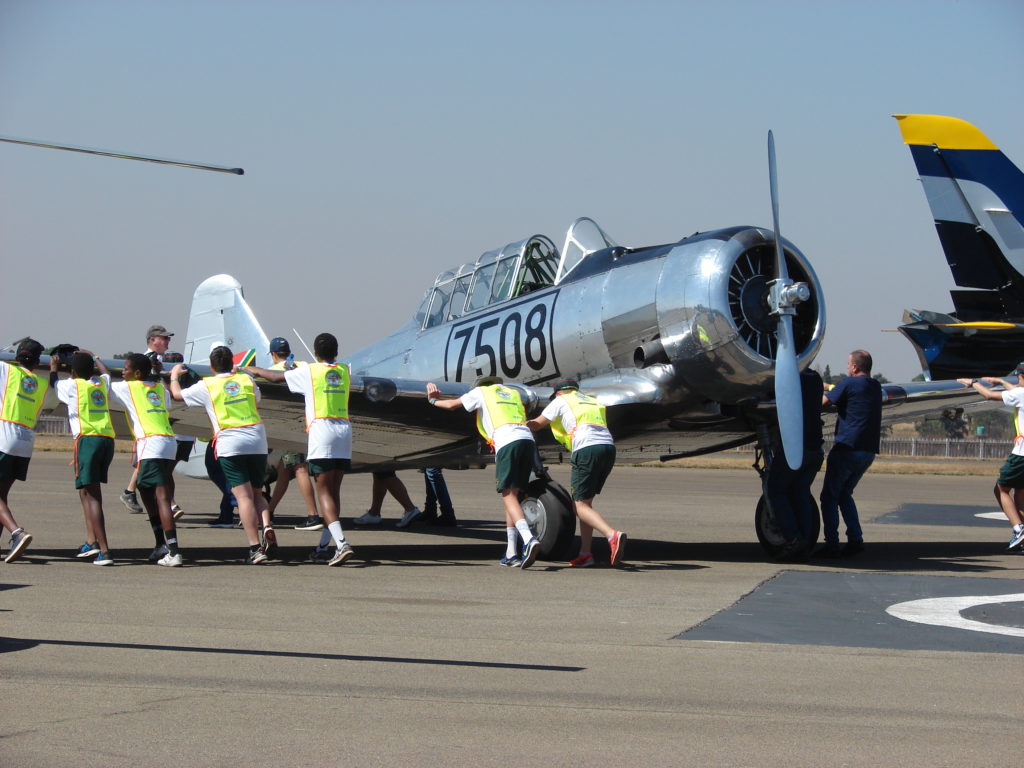