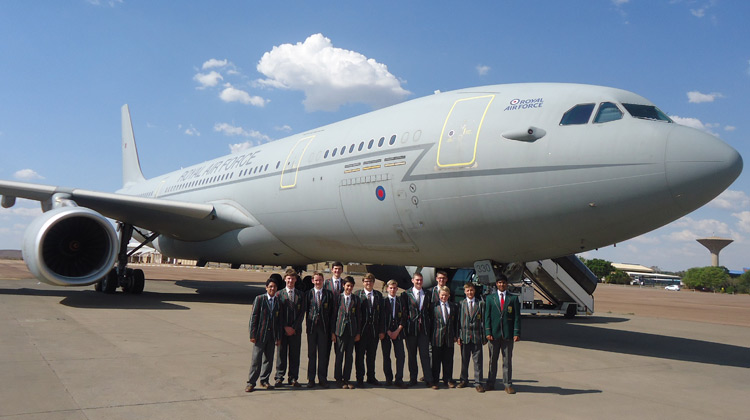 A boy with a passion for all things aviation-related will fit right into this very active society and will be catered for with outings to major airports, gliding in the Magaliesberg, flying in light aircraft, attending air shows and talks by aviation experts, and visits to aircraft museums. 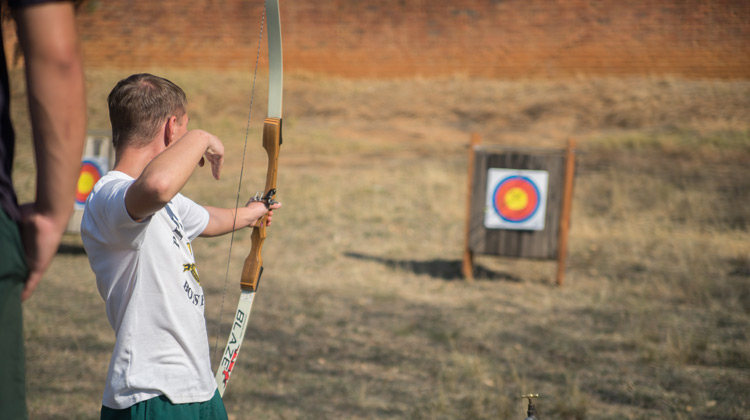 At Pretoria Boys High School, learners have the chance to participate in the noble sport of Archery. Learners participate in the NASP (National Archery in the Schools Program) and their various competitions where we shoot against learners from other schools from around South Africa.

At Boys High boys are taught from basic to advanced levels. It is a game of skill and cunning which requires intelligence and commitment. It is a great social skill which will give you pleasure anywhere in the world for the rest of a boy’s life. Apart from social tournaments, the boys also compete in major regional tournaments. 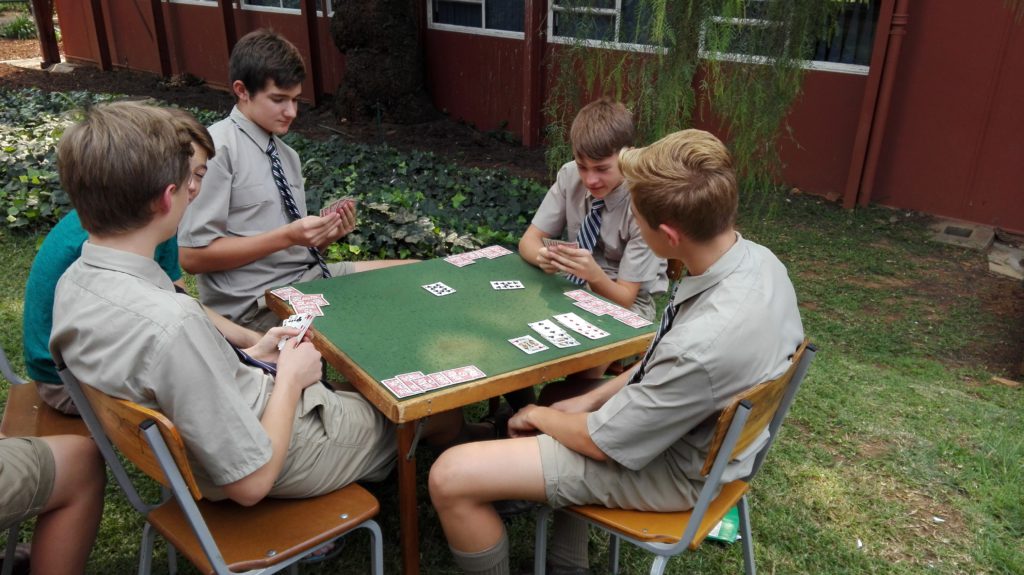 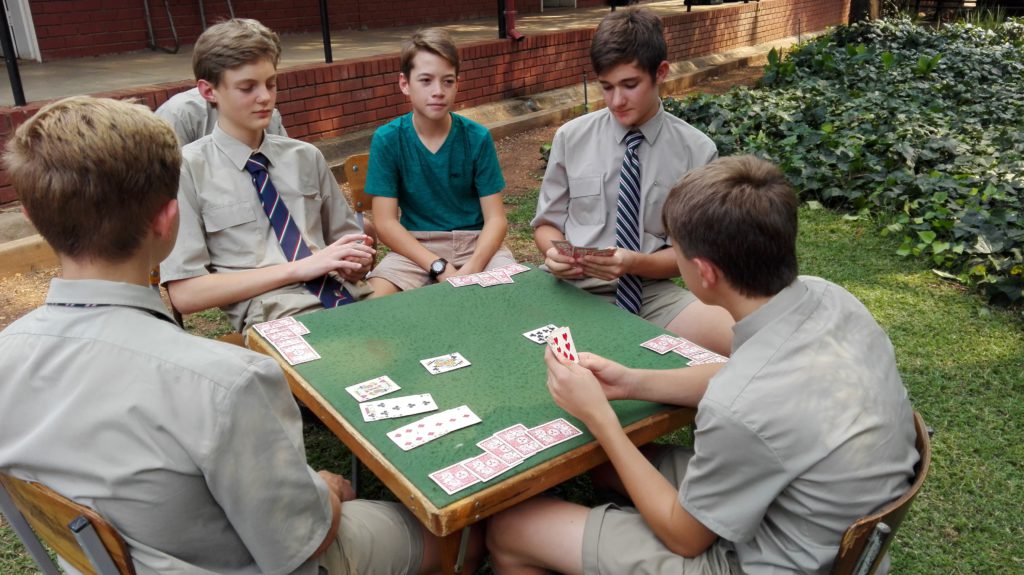 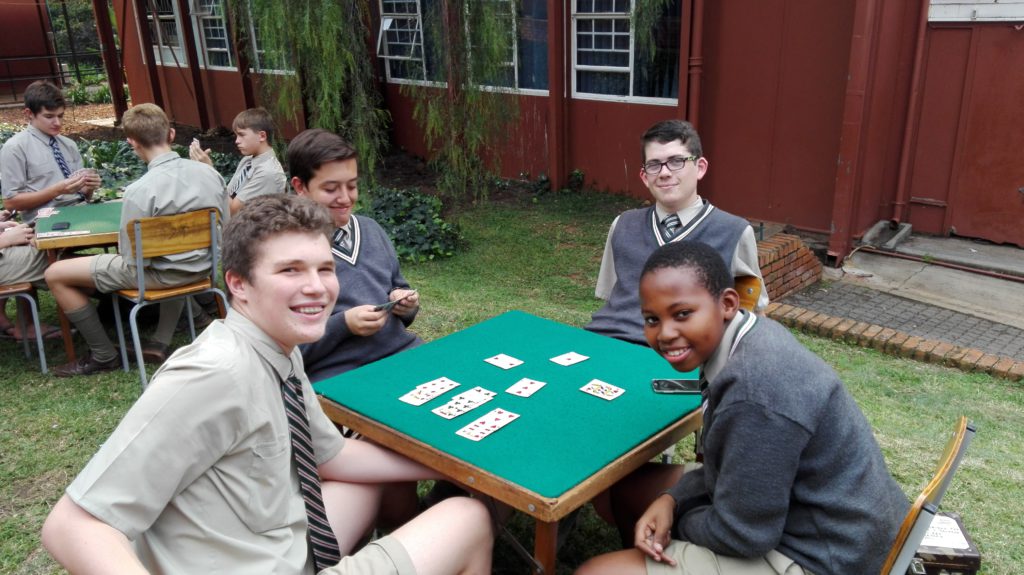 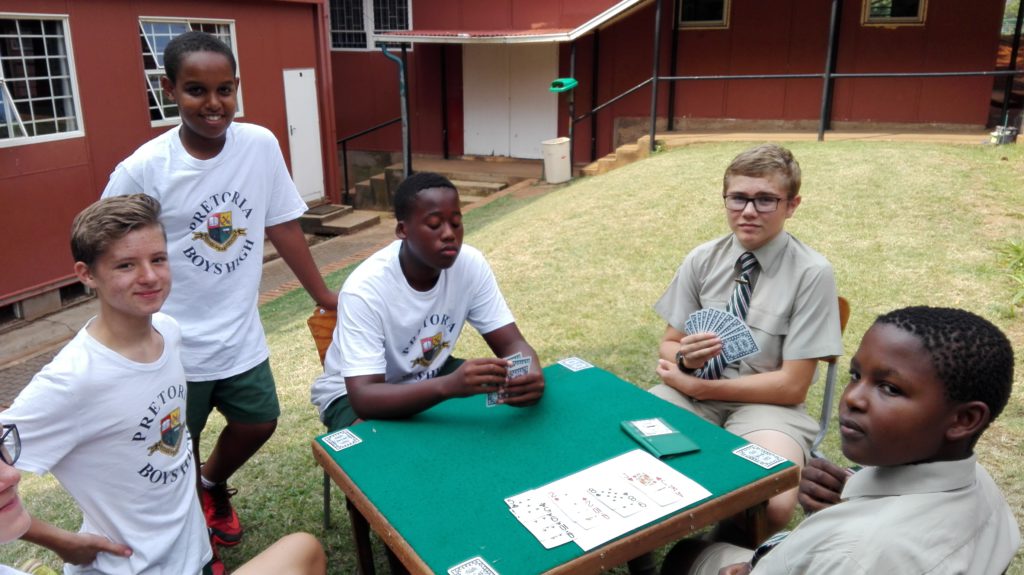 Prospective entrepreneurs receive a weekly lecture on topics such as the economy, running a business and investments. The members also participate in the JSE Liberty Life Investment Challenge, which is a national Johannesburg Stock Exchange competition that runs for six months. 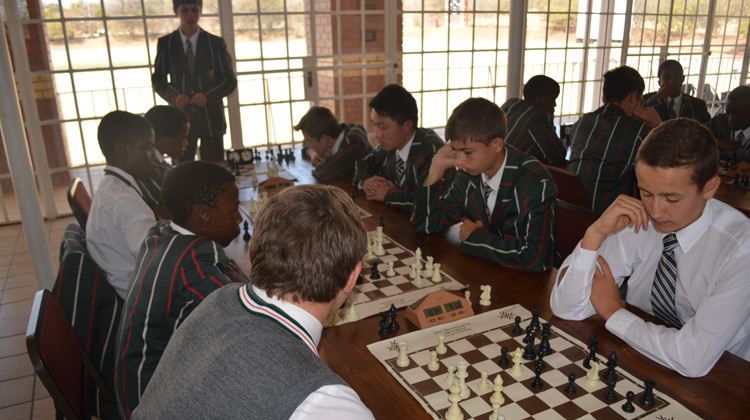 Chess can be thought of as a “blood sport” that provokes and develops strategic and lateral thinking, apart form satisfying the player’s adventurous side. Besides inter-house chess championships, the club also participates in social chess tournaments and large regional tournaments. 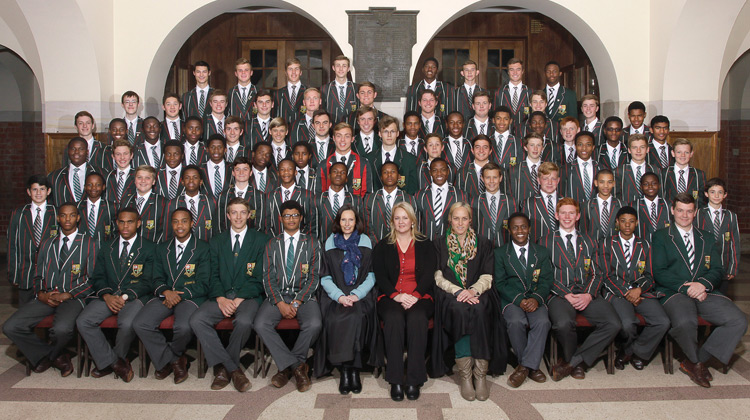 The boys in the choir perform regularly at school functions and concerts. They also take part in various eisteddfods in Gauteng. Their repertoire includes a wide variety of choral works: classical, modern and African.

This club challenges members to think widely and evaluate what they see and hear in acritical way so as to produce work which can be taken as a barometer of what is happening in society at large. The club has two major showcase evenings per year where the writers present their work personally to an audience, or have the Drama Club perform the writers’ poetry. 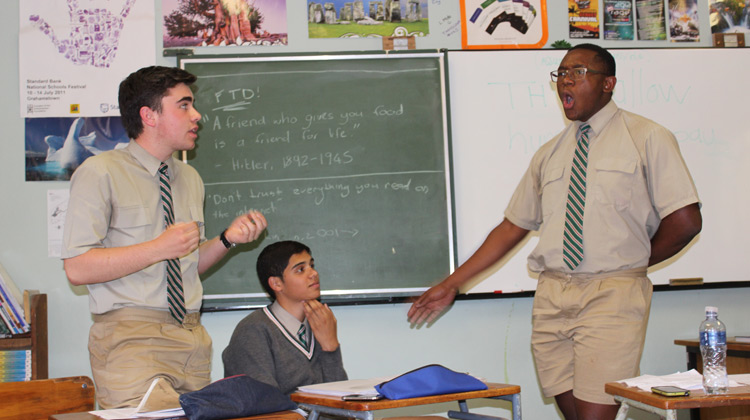 By joining this club boys will not only increase their general knowledge and understanding of current affairs, but will learn to think laterally and on their feet, improving verbal skills and the ability to argue skilfully. This club hosts inter-house debating competitions, social debating meetings with surrounding schools and participates annually in the SACEE Debating Competitions. 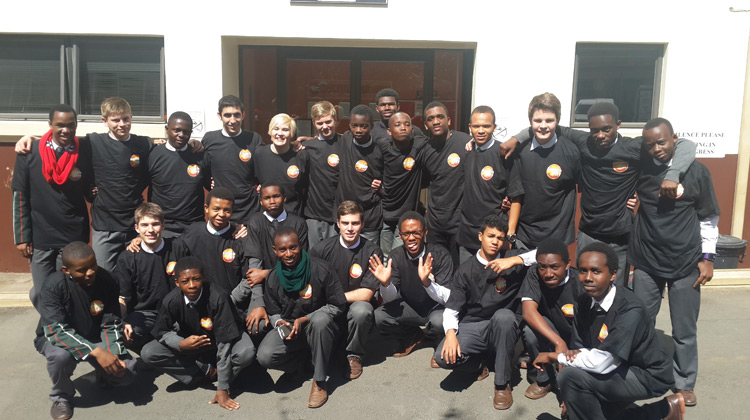 If acting, directing, stage make-up, mime or movement and writing dramas excite a boy, he will find his niche in this club. Boys High provides plenty of opportunity for boys to perform in annual productions and the Inter-House Play Festival, as well as acting for the Film Club. 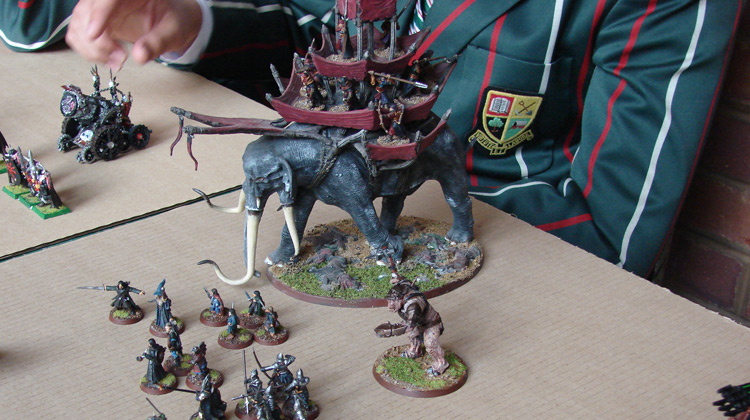 The society is all about playing games ranging from Warhammer (fantasy in which players use miniature figurines to play out battles between different armies), through to Magic: The Gathering (the original collectable card game). The players also participate in tournaments.

The club’s aim is to provide a platform for boys who are interested in a career in the film industry whether as a director, editor, camera man, animation artist or special effects specialist. The boys are trained by professionals in the industry. 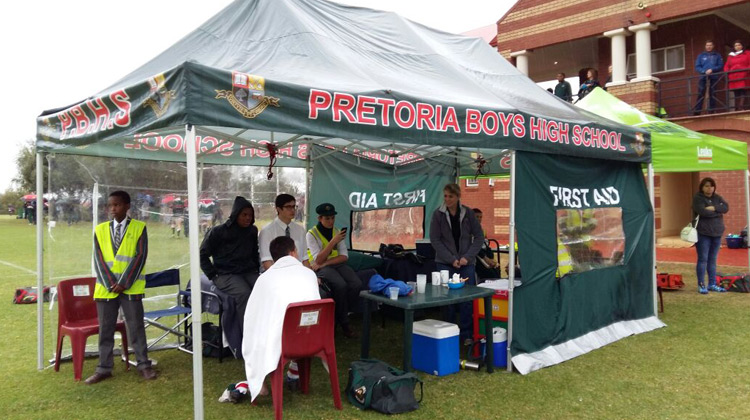 Boys who wish to join this society need to complete a First Aid course successfully before becoming full members. Members assist at school and inter-school sports events during weekday afternoons, and on Saturdays under the supervision of the sanatorium sisters in order to exercise their skills. Not only do these boys provide a valuable service to the school, but they are also equipped with excellent life skills. 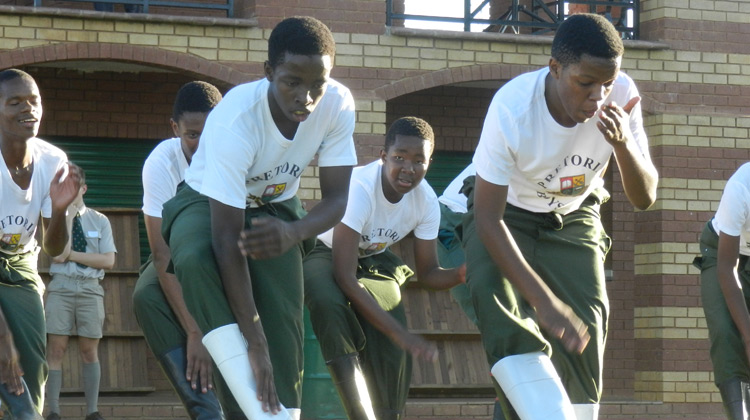 Gumboot dancing has a long and illustrious history, not only in South Africa, but also at Pretoria Boys High School. It is a form of dance that originated in the mines as a form of exercise and self expression. Our dancers are regularly invited to perform at other schools, school functions, Tuks Rag, the opening of art exhibitions, charitable events and the State Theatre. 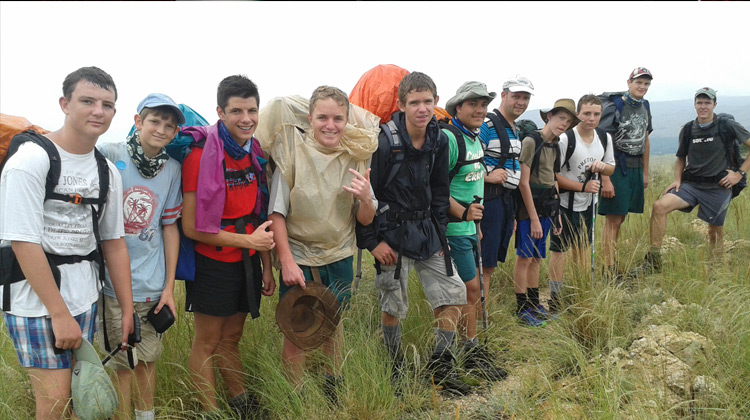 The philosophy of this club is to foster an aesthetic appreciation of the natural wonders of our country. The club does two long hikes and several shorter hikes (coastal and inland) per year. There is no better way to experience the diverse landscapes and ecosystems of South Africa than through this club’s activities.

A wargame is a simulation of warfare which is achieved with the use of sophisticated mathematical conversion tables, models and miniature figures. It is not just about studying history and re-creating battles of the past, it is also a highly competitive game that develops strong analytical skills, problem-solving abilities, mental agility and social skills. Tournaments are played not only on a provincial level but also nationally and internationally.

These prefects get the opportunity to learn responsibility and develop skills that they will use later in life. They develop social skills by working with and assisting the many visitors to the centre, fine-tune their computer skills, get to be creative by putting up displays regularly and get to read new library books first. They perform their duties during breaks and afternoons on school days. 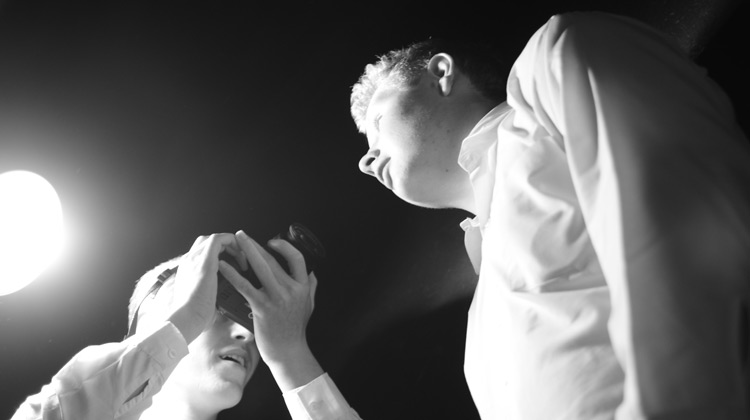 The art of photography is “Painting with light” . Having a camera (digital and other), a creative streak (that elusive streak) and a good eye, the world is a boy’s oyster in this society. This society has outstanding support from professional photographers for adjudication and general instruction. Members go on trips to interesting places in order to build up a varied and vivid portfolio. The club has a dark room where members can go back to basics. It hosts an exhibition annually where work is displayed. 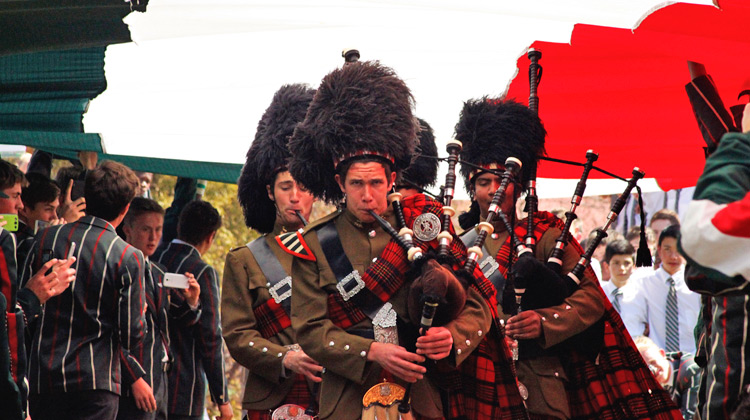 The Pretoria Boys High School Pipe Band is a traditional Scottish Pipe Band that was established in 1971. Boys, even those without any musical background, may join the band and will be trained in playing drums or bagpipes. The band competes nationwide in bagpipe competitions and hosts a major pipe band gathering at Boys High annually. 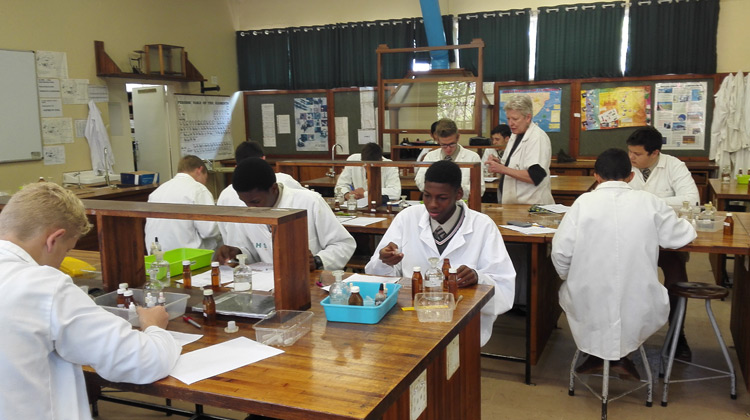 The main aim of this club is to make the boys excited about science and to show them how science is relevant in everyday life. They do fun experiments such as “big bangs”, electronics and building alarm systems and regularly go on outings to mines, car plants and other relevant facilities.

The SCA offers a home to the Christian boys at Boys High where they can share their faith with those around them and grow in their relationship with God. The group goes on an annual camping trip and often interacts with Christians from surrounding schools. 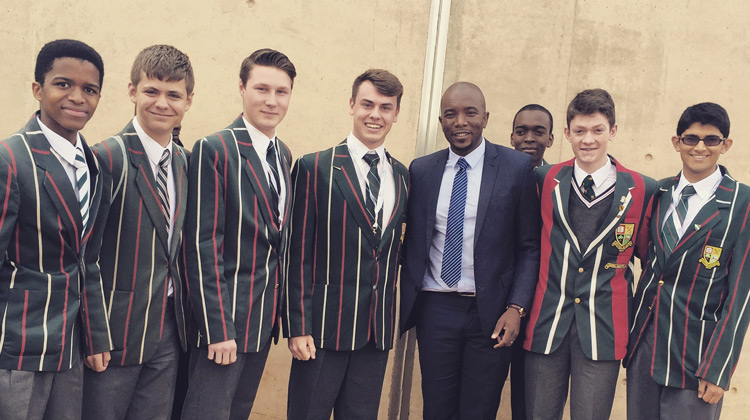 SOCIETY FOR NATIONAL AND INTERNATIONAL AFFAIRS

This society was formed thirty years ago to provide a forum for the “thinking and inquisitive” boys of Boys High whose interests reach far beyond the perimeters of the school. Nationally and internationally renowned speakers regularly address these boys on topics like world terrorism, life in jail, the influence of internet pornography, to name but a few. They also visit places of interest in South Africa like the Constitutional Court, the Hector Pieterson Museum and Freedom Park. The society hosts a forum each year called the “Unlock Your World” workshop where schools from around Pretoria are invited to discuss and debate issues relevant to the future of the youth. 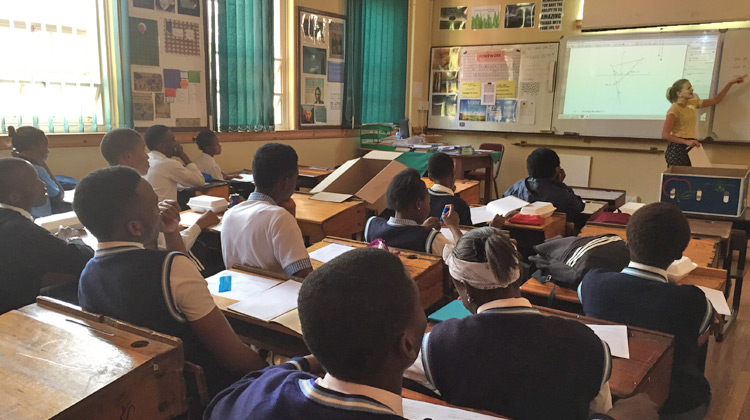 The Social Outreach Society is a club / society that enables the boys to get involved in the community. Outings are arranged on Wednesday and Friday afternoons to two old age homes, Princess Christian Home and Huis Machteld where the boys play Scrabble and Rummicub with the old folks; The Mohau Centre at Kalafong hospital, an AIDS orphanage, and the Sunnyside Shelter where the boys help refugee children with homework.

The boys also help with sorting of the various outreach collections that the school organises each term. The Outreach Initiatives are collections of stationery, blankets, clothing, food and Christmas boxes. All the boys in the school are encouraged to support these collections. Items that are collected are then distributed to the following organisations: Bramley Children’s Home, The Mohau Center, Kingdom Life Children’s Home, Dynamic Women and Children (which supports a squatter camp in Kameelfontein), Sunnyside Shelter and a soup kitchen in Sunnyside (which supports men and women who are homeless). 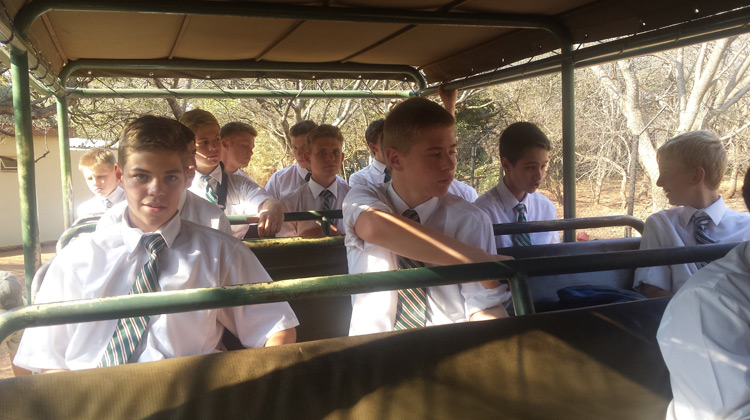 The Wildlife Society strives to educate its members in natural sciences, botany, geography, biology and wildlife management by taking them on trips to the Kruger National Park and Marakele National Park and various rehabilitation centres. Speakers also address the boys on topics like conservation, careers in wildlife management and also on different species like leopards, spiders, elephants, snakes, etc. Another objective of the society is to create awareness and promote respect for our natural resources.

“The Boys Highlights” is our school newspaper, written by boys for boys. Any PHBS pupil can contribute to the paper, whether in the capacity of reporter, journalist, news photographer, cartoonist or a writer of entertaining articles.