Pretoria Boys High School can trace its origins back over more than 110 years. During the Anglo-Boer War (1899-1902), the city of Pretoria was captured in 1900 by British forces under Lord Roberts and the Transvaal became a British colony. One of the responsibilities of the colonial administration was to re-establish schools as these had all been closed during the hostilities. Although the war continued to be fought by the Boers as a guerrilla conflict, moves were made to start a school in central Pretoria and Charles Hope was brought up from the Eastern Cape to undertake this task. Hope had to establish a school virtually from scratch as he tried to source everything from desks to teachers.

He did at least have a building in the form of the Staats Model School, built in the 1890s in President Paul Kruger’s erstwhile ZAR (Zuid Afrikaansche Republiek). Closed at the onset of hostilities in 1899, it served for a while as a prisoner of war camp for captured British officers (mainly from the campaign in Natal) and included among its internees none other than Winston Churchill who was captured as a war correspondent. His successful escape from the building added a colourful chapter to the history of the building. The Staats Model School is preserved as a national monument today and still has relics of its former inmates in the form of murals and an incomplete escape tunnel. Charles Hope set up a small school that started classes in mid 1901. PBHS regards him as its founding headmaster and bases its annual “Founders Day” on the date he taught his first lesson. For a year, the school existed as school for both boys and girls. In 1902 the girls were provided with their own building and this is how the sister school of PBHS came into being, namely Pretoria High School for Girls. Charles Hope left for Johannesburg (where he established a further school) and the first of two headmasters brought from England, replaced him. Harold Atkinson had studied at Cambridge and taught at Rossall School in Lancashire. The school he inherited in central Pretoria had 84 pupils. The original colours of the school (blue, brown and red) were adopted for hat bands although there was not yet a uniform. Atkinson’s successor was John Acheson who played an important part in pressing for new grounds and buildings for the school that had by this stage, become known as the Pretoria College. The head of education in the Transvaal Colony, Sir John Adamson, motivated for the granting of money to build a new boys’ school and in 1908 a sum of £36 000 was approved by the colonial secretary, Jan Smuts. Land was set aside on the town lands to the east of Pretoria, then very much on the outskirts of the town, for three educational institutions, these being a boys high school, a new site for Pretoria High School for Girls and the newly-established Transvaal University College (“Tukkies”), today the University of Pretoria. The land allocated to the then Pretoria College comprised about one hundred acres running partly up the side of a ridge. It had previously been used for a British army hospital camp. Plans for the new school buildings were drawn up by the chief architect of the Public Works Department, Piercy Eagle. The original buildings comprised a main central building (with classrooms, offices, a library and a school hall) and the two boarding houses, one to the west and the other to the east of the main building. Construction of the buildings began in 1908 with locally quarried mud-stone and locally made bricks (from Kirkness brickworks) combined with Free State sandstone to create the pleasing buildings that are still the attractive centrepiece of the school today. The foundation stone was laid by the Governor General, the Earl of Selbourne, in July 1908 and construction of the buildings was completed early in 1909. The new school buildings were opened in April 1909 by Jan Smuts with Mr GL Thomas as the acting headmaster. The school badge and the school magazine (The Pretorian), both date from 1909. The boarding houses were named after ministers in the Transvaal government: Rissik House after Johan Rissik (Minister of Lands) and Solomon House after Sir Edward Solomon (Minister of Public Works). All boarders were housed in Rissik House for the first months before the “Solomonites” moved to their own house. In 1910 the school changed its name to Pretoria Boys High School when the Pretoria College amalgamated with the Eendracht School. This move paralleled the establishment of the Union of South Africa in the same year and was motivated in part by a political imperative: to promote the reconciliation of English and Dutch-speaking South Africans in the aftermath of the bitter war recently fought in the region. The school would remain dual medium for over a decade. The first headmaster of the school (under its new name) was William Hofmeyr who would serve from 1910 until 1934, the longest term yet of a PBHS headmaster. He instilled much of the discipline for which the school would become famous.

CONTINUE TO OUR HISTORY 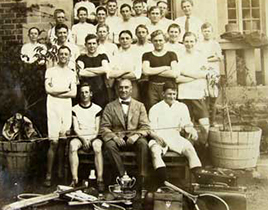 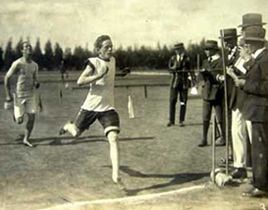 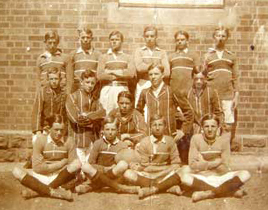 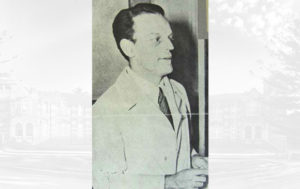 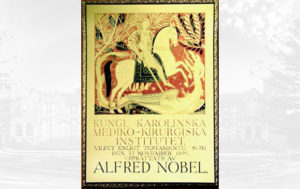 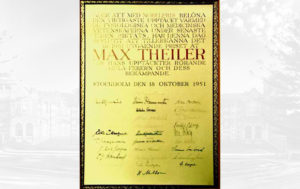 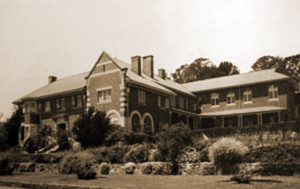 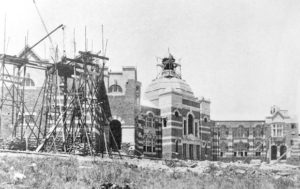 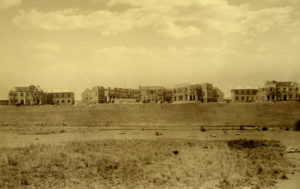 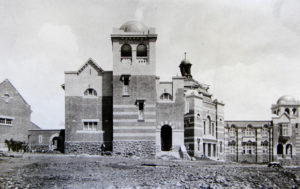 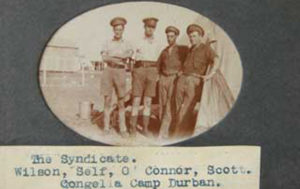 Named after Mr Desmond Abernethy, Headmaster of PBHS 1956-1973. This design is taken from Abernethy family crests. The lion symbolises strength and independence. The shepherd’s crook held by the lion refers to the biblical passage of the sheep lying down at peace with the lion.

Named after the suburb of Pretoria. One of the original dayboy houses. This features the head of Minerva, Roman goddess of wisdom and learning (also of war, hence the helmet), which was part of the original crest of the Transvaal University College (later Pretoria University), both institutions with which Boys High has had strong connections. Also, Arcadia is an area that borders on Tukkies.

Named after Mr Malcolm Armstrong, Headmaster of PBHS 1974-1989. Almost all crests in this family are a pun (play on words) on the surname. Punning is very much part of heraldry. This crest is an adaptation of the “strong arm” and includes symbolism associated with learning and education. There is also the symbolism associated with the expression “the pen is mightier than the sword”.

Named after Mr William Hofmeyr, Headmaster of PBHS 1910-1934. This design is a variation of the family crest of one of the Hofmeyr families in the early Cape. It features elements of the original family crest, the helmet, winged plume and horseshoe (the latter a traditional symbol of good fortune).

Named after Mr Daniel Matheson, Headmaster of PBHS 1935-1949. The thistle symbolises Matheson’s Scottish roots. Other symbolic significance: role of (other) families with Scottish origins in the history of Boys High and the Boys High Pipe Band. The swords represent the war years (1939-1945) during which Mr Matheson was headmaster. It also acknowledges the role of masters and boys in this conflict.

Named after the Right Honourable Johan Rissik, Minister of Lands in the Government of the Transvaal Colony when the present grounds of Boys High were laid out. Hence the design is based on the idea of growth.
Other symbolic significance:

One of the traditional names used in many English public schools and older South African boarding schools. This uses an element of the Harrow school crest with which Boys High has certain links. The bound spears also have a symbolic connection to the Eendracht lion: many of the original pupils in this house came from the Eendracht School. The bound spears have a strong link to the original SA motto (Ex Unite Vires – “Unity is Strength”). The spears also symbolise the First World War – this house was completed in the year the war started and a number of masters and old boys of Boys High served in that conflict.

Named after Sir Edward Solomon, Minister of Public Works in the Government of the Transvaal Colony when the present Boys High buildings were built. The castle is a traditional symbol of building and an obvious symbol of steadfastness and strength. This is also the crest of one of the English Schroder families and one branch of the Pollocks so two Boys High headmasters are also represented by this banner.

Named after the suburb of Pretoria from which some of the original dayboys were drawn. This design uses the rather obvious sun symbol, which has a long heraldic tradition and features in a number of African flags. Virtuous notions associated with this symbol include purity, prosperity and endurance.

Named after the areas of Pretoria (other than Sunnyside and Arcadia) from which the original dayboys were drawn. Three heraldic elements are combined: